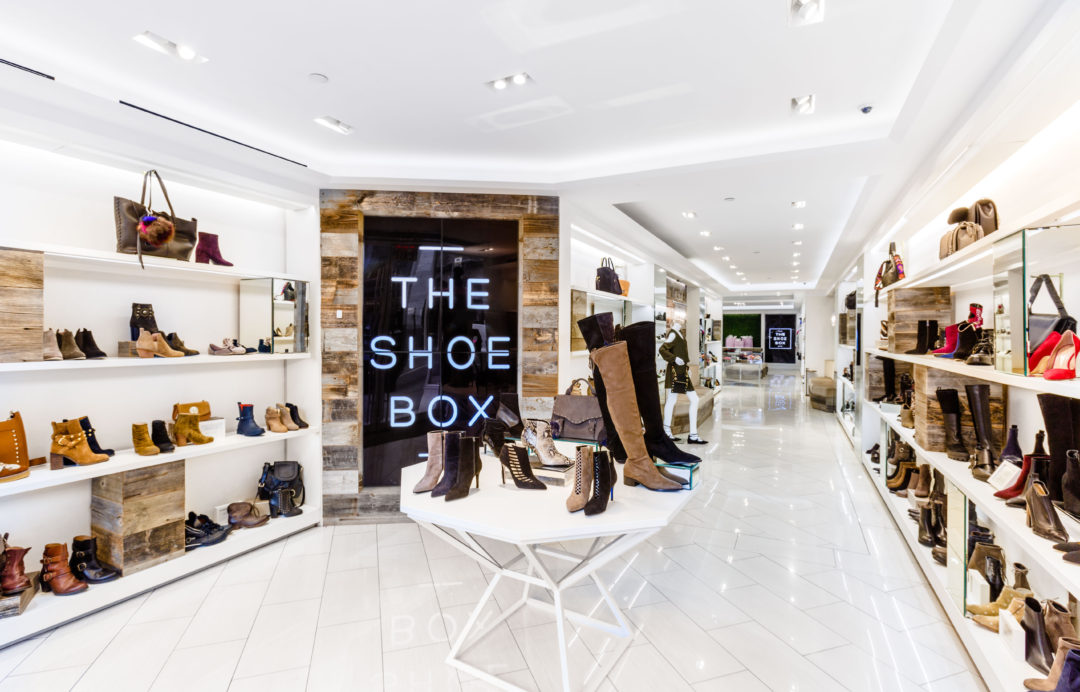 One of the most exciting sales yet! The Shoe Box has collaborated with 260 5th ave, the hub of all sample sales, tempting us to tower stack our closet shelves with even more shoes. As soon as you enter the sale, you’ll see, 1 pair for $80 and 2 pairs for $140. Any shoe, boot, sandal, flat, classic, sneaker, furry slipper, the list really goes on and yes they really mean any pair for this price! The workers are helpful and theres an area in the back to sit and try on, just be aware you’ll have to leave your belongings with security at the front entrance. The sale offers women sizes ranging from 5-11, keep in mind that not all of the sizes have the same options, however there were enough styles/trendy seasonal options to go around. *Oprah’s voice* “You get a pair! You get a pair!” The crowd goes wild*

I must mention SCHUTZ (average retail at $170 per pump) leading the sale and bringing the real heat to a summers end! As soon as I walked in, I routinely snap pictures of any shoe that catches my eye, and after I make another round looking for all my favorite designers. FYI, SCHUTZ had the largest selection available and shined in all the spotlight:

For more of my favorite finds, take a look at all of the shoe candy below: Designers to lookout for: The ShoeBox, of course! Rebecca Minkoff (avg. retail price $130 a pair), Loeffler Randall (avg. retail price $250 and above), Daya by Zendaya, Vince Camuto, and new fresh designers in the mix.

Keep a lookout, you just may find your SOLE-MATE.

P.S. I caved on the shoe below! I could never resist when my outfit matches exactly with something I’m currently wearing.  #SituationalDresser #ImpulseShopper #SalesOnSales