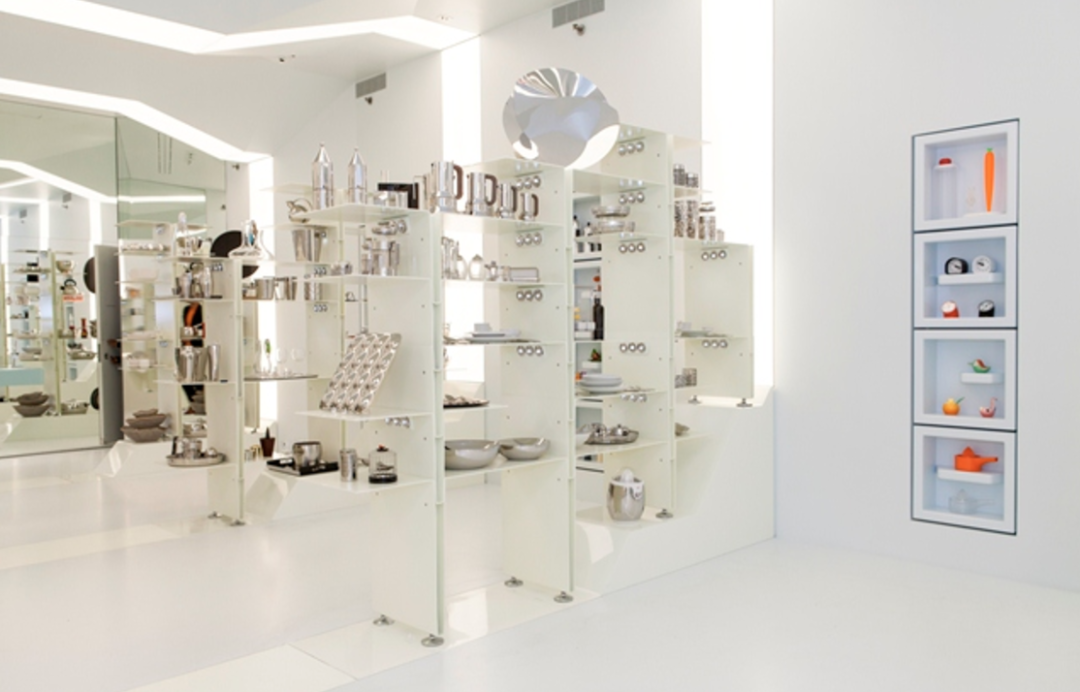 Are you in need of new kitchenware and houseware items? If so, make sure to stop at Alessi’s Sample sale on 130 Greene Street in the next couple of days! Over 70% of selected designs and floor samples that aren’t to be missed.

There are many full priced pieces mixed in the same area with the sale items. Make certain which sets are on sale by asking one of the many friendly sale associates. The store is very accommodating with their cliental, only wanting for their shoppers to be happy with their finds.

The store was beautifully organized with tall white shelves that truly showed off the best elements in each of the items. It was obvious that the displays were well thought out and carefully designed. I was profoundly taken back how well the visual merchandising was.

The modern take of the interior mixed with the abstract displays only enhanced the products and made me want to buy more.

These are prices you just cannot beat, especially for the quality! Everyone needs to visit before the sale ends.

You can still shop at the sale all through Labor Day Weekend. Details below.