Bandier sample sale: a hit for all you athletics!

Set up: The Bandier sample sale was 60% off retail prices, and was a hit if you love athletic-ware. The room had different racks, categorized by item. There were multiple racks of sports-bras, bathing suits, leggings, sweatpants, sweatshirts, t-shirts, shorts, and coats. The sample sale was very organized, and it was fairly easy to find what you are looking for. Alongside one of the walls were a ton of shoes, and on the other wall were the accessories. The staff was helpful, and there was fortunately no time-limit when trying clothing on in the fitting room (usually there is at 260 fifth)!

Merchandise/ pricing: The sample sale’s prices were at a great discount, and everything was 60% off its retail price. There were a ton of sports bras, workout tank tops, leggings, sweatpants, and coats; they were running low on shorts and bathing suits, though. I also noticed that they did not have any of their famous bright-colored puffer coats at the sale. There was also an entire rack dedicated to soft and cozy looking jumpsuits, in different shades of grey. The sample sale had a ton of merchandise- I was pleasently surprised to see that they were selling Tkees sandals (in black and nude). In the accessories section, there were books, skin-care products, and a ton of warm hats. There were also a few of their famous Wingman Bag’s, only in purple. Also, alongside the wall were endless amounts of shoes; most were just workout sneakers.

Rate: 8/10 Great prices, a ton of merchandise, and gorgeous clothing.

Thank You from Bottomless Closet 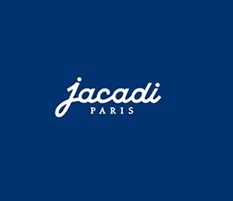 Jacadi sample sale: is the line down the block worth it?