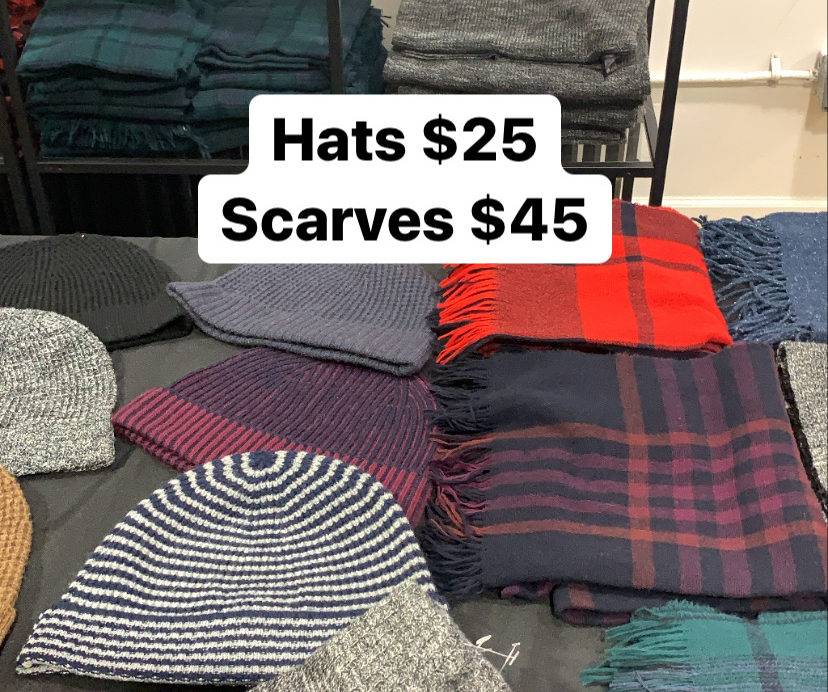 Set up: The Bonobos sample sale was a true hit. The racks were each categorized by the item. There were multiple racks filled with dress shirts, casual pants, jackets, and more. The space was very organized and it was easy to find exactly what you wish to purchase. The righthand side of the room was filled with endless accessories. From belts to scarves, the sale truly had it all. All of the clothing was also hung nicely and the staff was also very sweet.