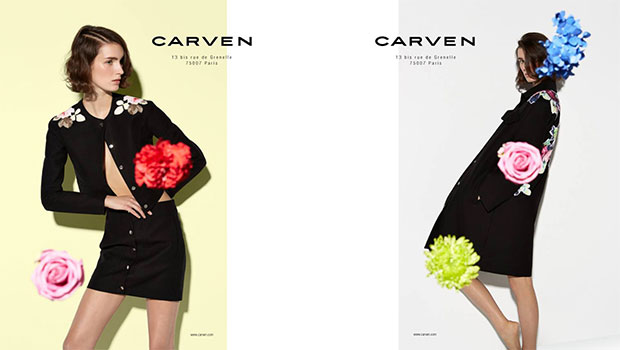 Carven is a brand we all love, so when the Carven sample sale showed up on our feed, we jumped! We had to travel all the way to the west side, beyond the subway, for this one. So, the stakes were high! The room was fairly small but jammed packed with clothing, shoes, and accessories. The Carven sample sale featured both men’s and women’s clothing, however there was no formal changing room. Everything was strikingly beautiful. From coats to dresses, we were impressed. You can shop very simple, elegant pieces to embellished and funky accent pieces. You can definitely shop for any occasion at the Carven sample sale.

We rated the Carven sample sale a 7 out of 10. Carven lost points at pricing. Yes, all the pieces were stunning, but the prices were still just so high. It was a also very confusing. Women’s items were as marked. Items that had prices written on the tag were considered samples. Apparently, these are already marked down $70. Items with the the price written on a colored round sticker are regular stock items. Everything was mixed together, so you didn’t know what you were getting yourself into. Men’s items were pretty confusing as well. They had a price list, but that didn’t match what was on the tags. Word of advice, ask a sales associate for accurate pricing.

If you’re down to splurge, the Carven sample sale is worth the visit. Happy shopping!