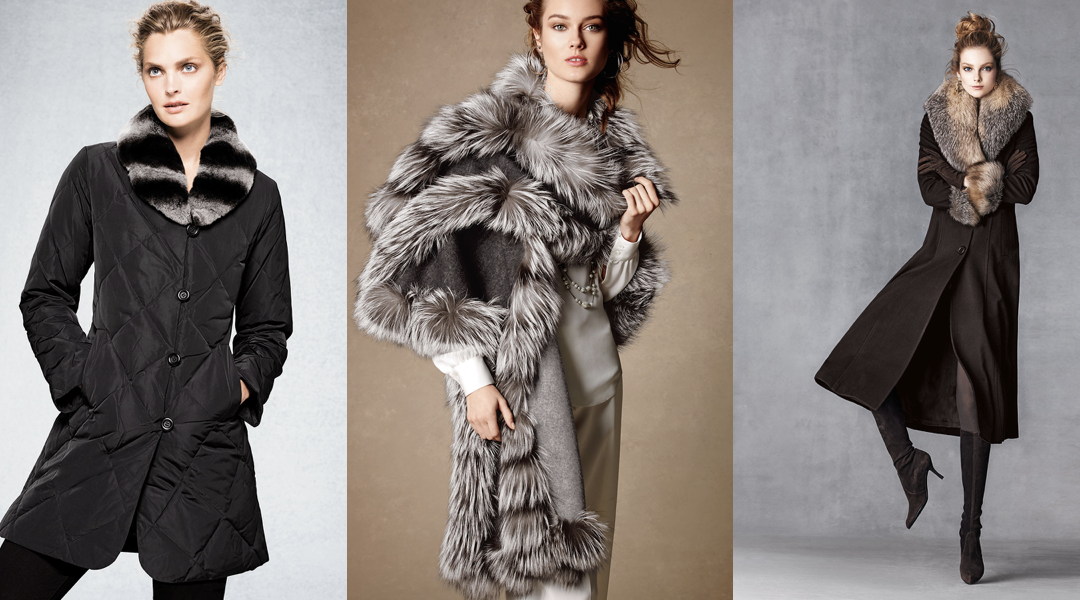 Although I grew up in freezing Russia, I never experienced the cold the way it is felt in New York.The ice somehow seeps in through layers of clothes and gives no rest. Therefore, I was absolutely delighted to be invited to the Belle Fare fur sample sale by Shelly & Renee. Besides for the fact that the selection was enormous – the entire showroom was lined with vests, capes, jackets and coats made of the softest cashmere and highest quality furs, everything at the sale was between $50 and $700. Despite my vegan diet, I couldn’t help but try on a number of items. My favorite was a double sided cashmere cape with a soft fur collar – going for $500 at the sample sale. All of the items were over 80% off retail prices.

If you are in the fashion district in the next two days, definitely head over for a delightful treat. And remember to tell Shelly you are from ShopDrop!