Set up: The Wolford sample sale’s set up was very organized, and it was easy to find exactly what you are looking for. The room had racks alongside the walls, which were categorized by item and shade. There was one section along the wall, that was specifically bodysuits, thin pullovers, thin tops, and string bodysuits. All of those were packaged in small boxes already. That section categorized each small box by size, and it was easy to find your size as well. There was one rack that was dedicated to embellished bodysuits, dresses, and long sleeved shirts. The rack was very organized and had multiple sizes for each item. There was another rack that was mainly just pants and skirts. The merchandise was in color-coated order, which made it easy to find specific items/colors. There were also two boxes of bras, but they were all just thrown in; the sizing was all tossed in together, so people had to search throughout in order to find their size. There was also a large section of tights- both embellished and plain. There were a lot of great colors for the winter and holidays as well.

Merchandise/ pricing: Wolford’s prices were as follows: bodysuits $60, dresses $75, embellished dresses $125, knitwear $80, pants $75, skirts $40, vegan skirts $75, tanks $45, tops $75, waves camo $15, and cotton skirt $15 (The prices remained a bit high). They had a lot of great merchandise and did not look like they were running out anytime soon. The only negative attribute about this sale was that the cotton skirts and some other merchandise were very creased and looked worn out. Wolford had a lot of amazing quality items as well; there were a bunch of gorgeous dresses that had detailed embellishments. There were fancy pants and casual pants- The pants were in mostly just dark shades. There were also a LOT of colorful tights and plain ones as well. There was a whole corner of the room that was dedicated to just tights! The tights were in a lot of available sizes, and were perfectly labeled to make it easy to find your specific size.

Rate: 6/10 The prices were still pretty high, and some of the items were creased. They had a lot of great items, and it is worth it to go if you need shape-wear, dresses, or pants! 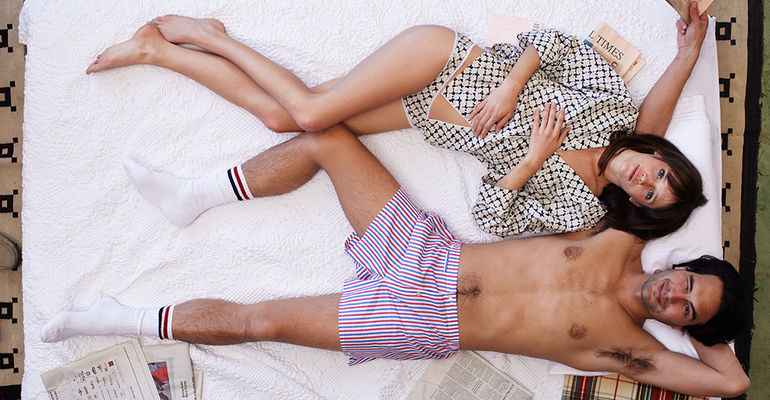 The Kiton Sample Sale is For Fancy Folks