Massive amounts of Merchandise at the Paragon Sports Warehouse sale. 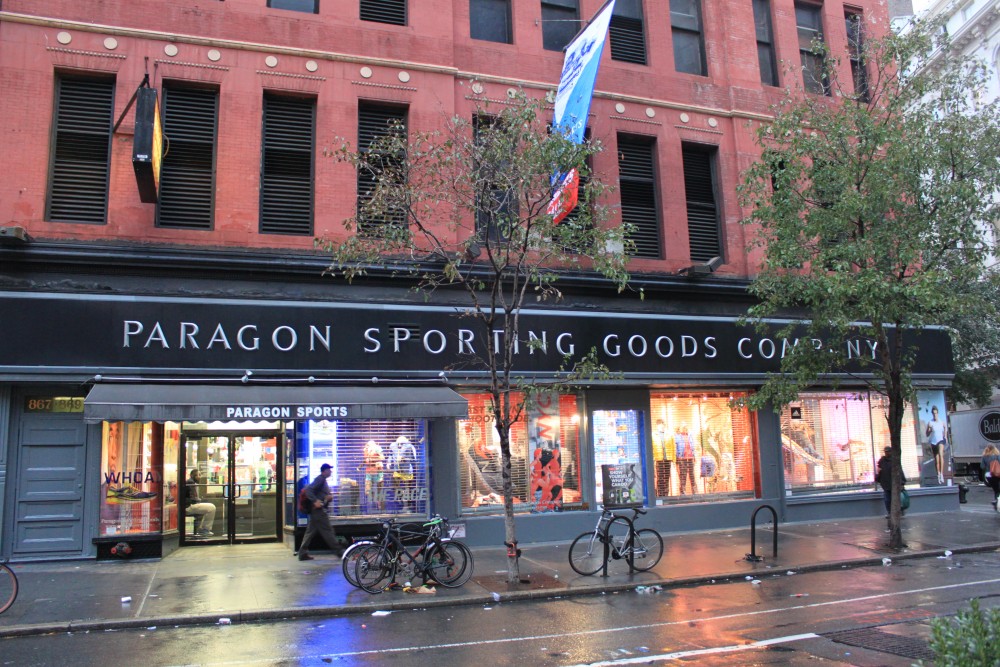 We stopped by the Paragon Sports Warehouse sale today. If you’re into sports or working out, then this sale is for you! The sale is held in a giant room in the back of the Paragon store. There were countless members of the Paragon staff working the sale and maintain the order. While the room was PACKED with merchandise, it was mostly for men. The women’s section was relegated the one side and was all packed onto one wall. The wall had tops, sweaters, and sports bras hanging from the top rack and pants, leggings, and shorts on the lower rack. This system was slightly difficult to shop as everyone was crowded around one wall. The sale also featured backpacks, shoes, and various sports equipment – one section was purely for skis and snowboards!

We rated this sale a 5 out of 10 because the price reductions were minimal and most of the brands could be found on sale in a local footlocker. There were a few big ticket items, such as Bogner ski jackets and one (!) mens Canada Goose coat, but the brands were mostly New Balance and Adidas.