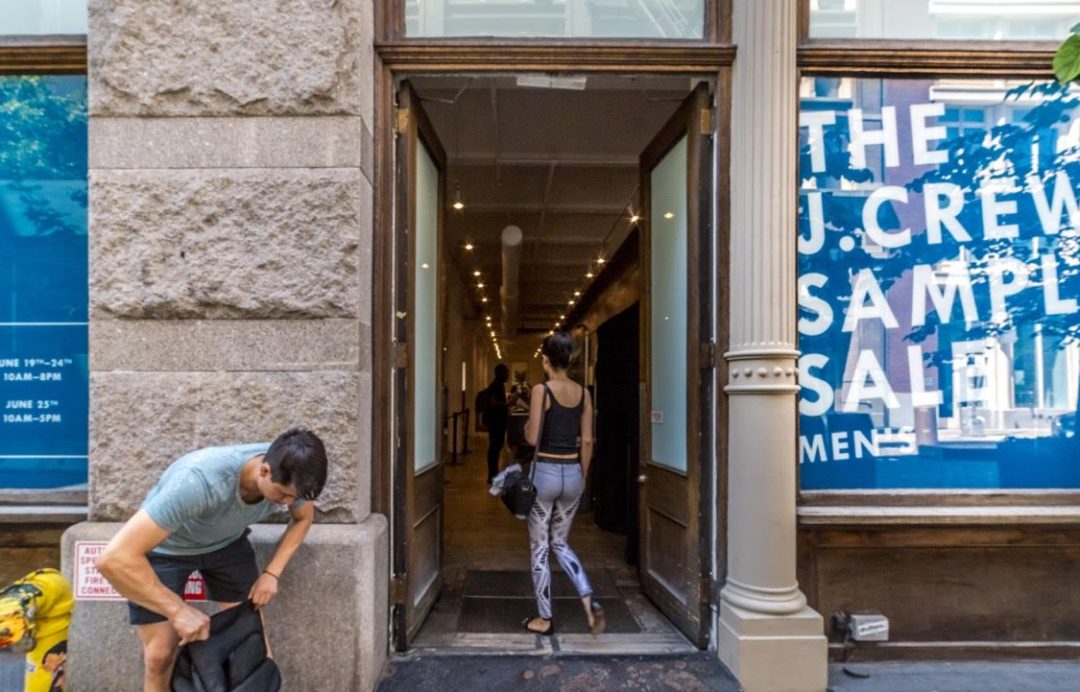 Judging by the huge crowd of eager shoppers, word on J. Crew’s new sample sale has certainly been getting around. And for good reason: their selection of outerwear, pants, sweaters and shoes is surprisingly plentiful and varied – considering their items have been flying off the racks!

One thing that really impressed me about the sample sale was the range of seasons their catalogue covers. For instance, for those scorching hot days right around the corner, I saw tons of shorts ($25) made of lightweight, breathable materials that are sure to keep you as cool as the other side of the pillow for the summer. Also, in the middle of the store, there were bins chock full of chino pants ($25) and denim jeans ($40) neatly organized by sizes. And for the inevitably harsh, cold winter, they had a plethora of cozy sweaters (cashmere: $75) (cotton/wool: $30), warm coats, trench coats ($80) wool jackets ($150) and stylish parkas with furry hoods. I should also mention that this is a excellent way to stock up on outerwear ahead of time for the winter season… 😉

Crew’s sample sale is located on 151 Wooster St., NY, NY and will remain active until Sunday, June 24th, so you still have a few days left to treat yourself!