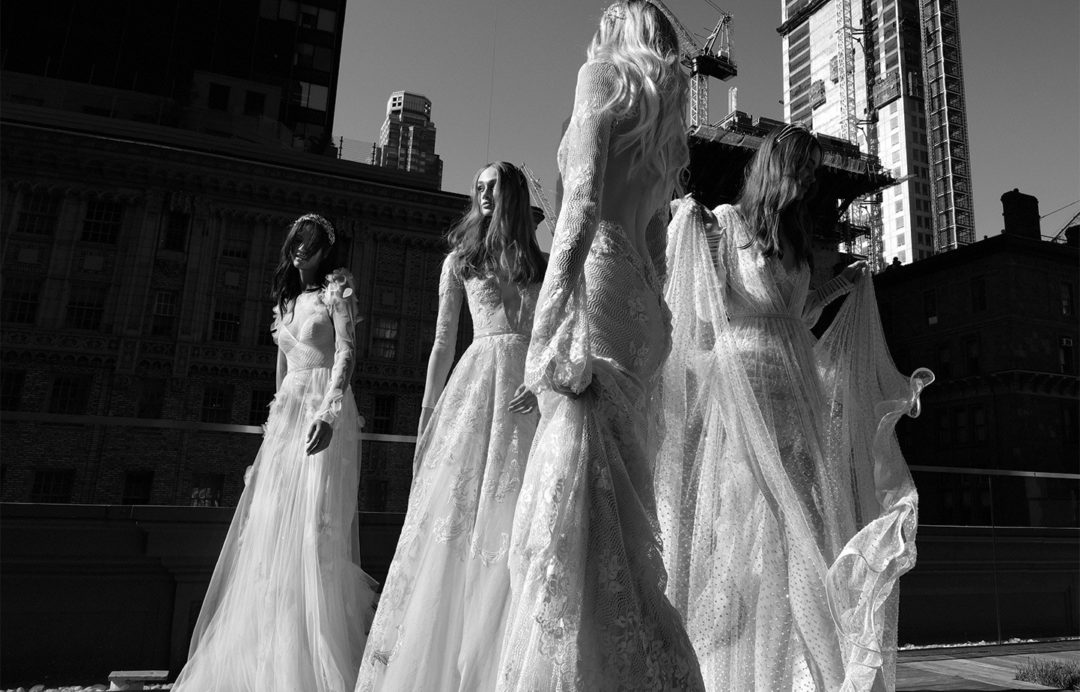 Inbal Dror is one of the rising stars in wedding fashion. Educated at the Shenkar school of design and Tel Aviv, Inbal reaches that perfects bridal style combining elegance, purity and sensuality. Although each gown is unique, the entire collection stands out in its brilliant use of sharp edges, created with thin lace, tiny sequins and form-fitting luxurious materials.

The Middle Eastern origins of this bridal designer are evident in the richness of the materials and the flow of the dresses. Yet something about the build of the dresses gives the brand a unique western and urban feel.

To close the 2017 NY fashion week in style, Tahor Group is hosting a “Happily Ever After” event featuring the famous Israeli bridal designer, Inbal Dror. To get a feel for the free-spirited designer yourself, secure your spot at the event make sure to RSVP.