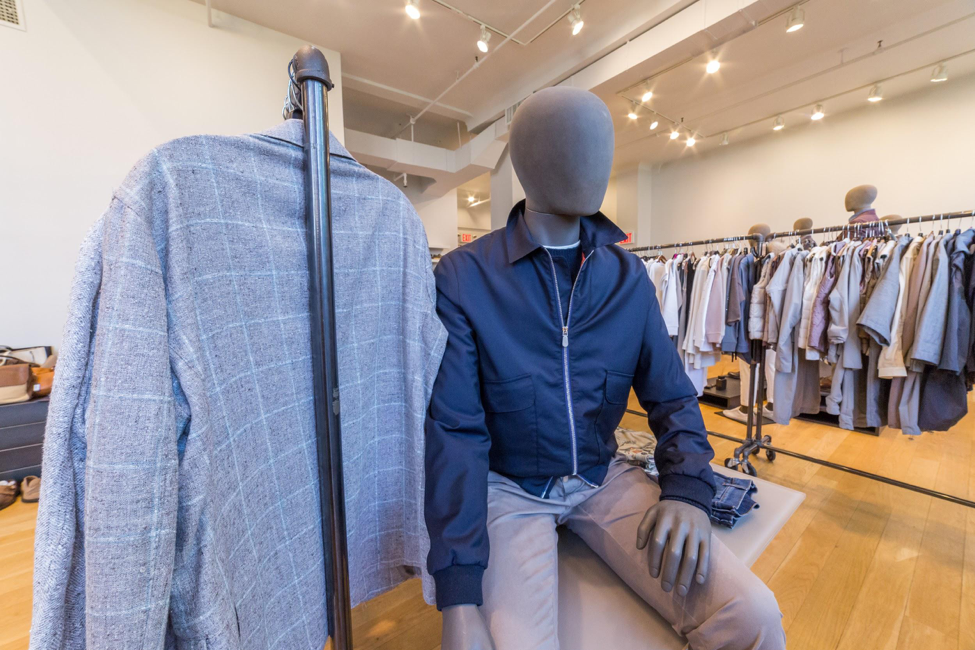 Eleventy Sample Sale: Contemporary Italian fashion for men at an irresistible 80% off!

Shopping at the Eleventy sample sale was an outright therapeutic experience for me – the aroma of extravagant Italian fabrics and leathers invited me in to peruse the eclectic variety of classy yet stylish collection. Jackets, pants, ties, shoes, and messenger bags lined the shelves of the store. The experience was uniquely satisfying, and highly addictive. Located on the 9th floor of 80 W 40th St in Manhattan, Eleventy’s sample sale is super convenient to reach regardless of what part of New York City you’re visiting from- not to mention the ideal place for some post-brunch shopping.

At 80% off, what would otherwise be an intimidating price tag becomes a huge steal, especially considering the craftsmanship and tangible quality Eleventy’s collection boasts!

Unfortunately, just as all good things must come to an end, so must Eleventy’s sample sale. But it’s not too late, you still have until Friday, June 16th to bask in the graces of the discount gods and deck out your wardrobe with fresh apparel worthy of Mr. Bond himself! Enjoy my photos from the sample sale.