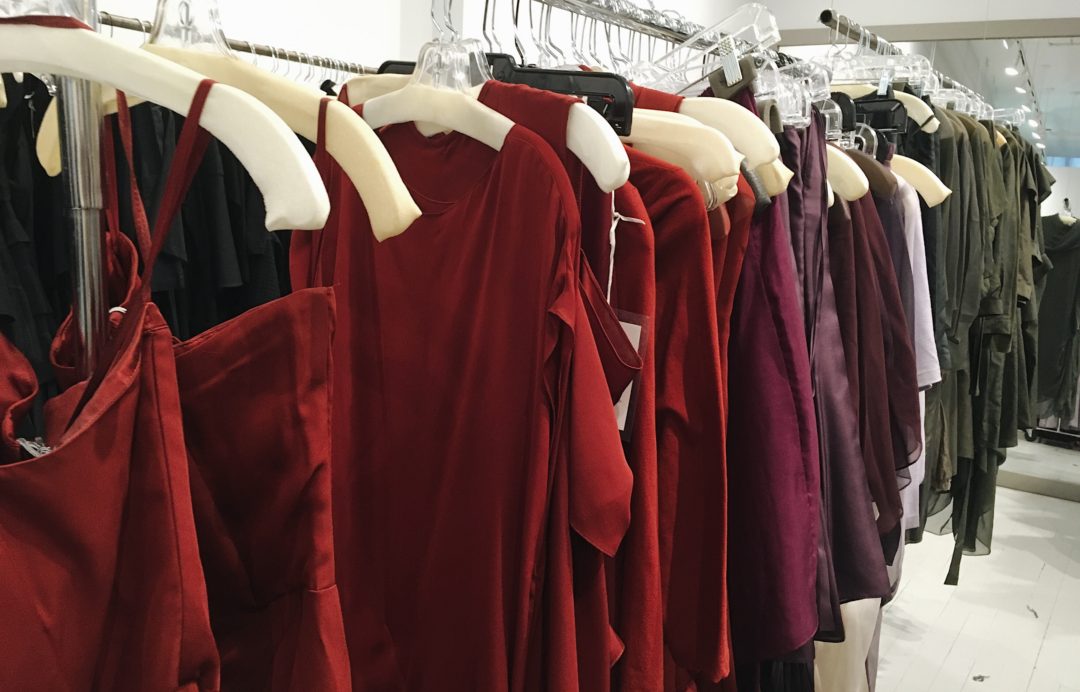 Morgane Le Fay is a high-end womenswear retailer, famous for bold designs in classic neutrals. Oversized jackets, ready-to-wear avant-garde gowns, and sheer patterned tops line the racks of this Soho-based store. The Morgane Le Fay sample sale, taking place right at 464 Broome Street, will be open until September 8th. The sample sale is stocked with a variety of pieces from older seasons, and in sizes ranging from extra small to large.

Morgane Le Fay pieces generally retail starting at $1000, so sample sale prices range between $140 for simpler pieces, such as crop tops, to $350 for full-length gowns. Clothes have a focus on a strikingly sharp-cut silhouette, and pieces are made to flatter any body type while maintaining a distinctly modern cut. The iconic sheer tops with delicately subtle patterns are timeless and elegant, ensuring they’ll last for seasons to come.

Though most items are from previous seasons, Morgane Le Fay’s neutral color palettes make it easy to repurpose summer pieces for colder seasons. The store even has a collection of plaid and flannel pieces on sale, which make perfect staples for any casual fall look. The oversized jackets are a must-have for the upcoming winter months, and with the prices steeply discounted from retail, now’s the best time to invest in one.

Don’t forget to follow us on Instagram to get updates about upcoming sample sales and Fashion Week events!