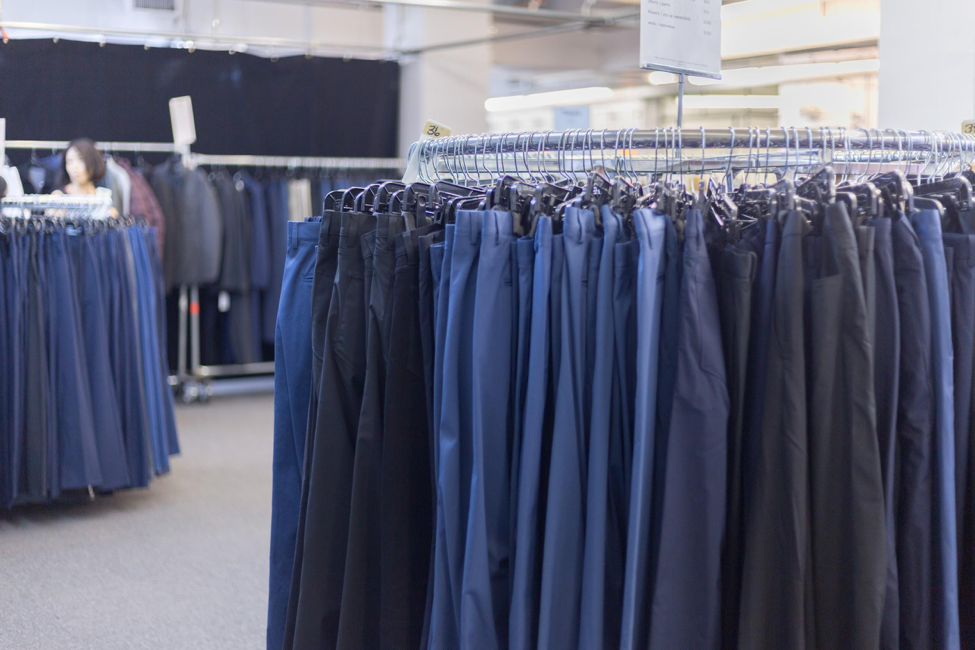 If there’s one type of person I truly pity, it is he or she who has no choice but to pay full price for their clothes because they have no idea what a sample sale is. Just a couple of months ago, I was that person. Funny thing is, I had no idea what I was missing out on – but now that I have been enlightened, I refuse to go back to living in the dark. Attending Theory’s sample sale not only reinforces that notion, but cements it into my very DNA.

My eyes couldn’t believe what they were seeing, clearly these discounts must be too good to be true. Like these blue straight-legged pants with tapered hems I fell in love with that retail for $225 but can be yours for only $50 bucks. Other notable deals include button downs (retail: $225, discounted price: $50), hoodies (retail: $195, discounted price: $65), elegant vests (retail: $500, discounted price: $155), and blazers (retail price: $525, discounted price: $155). Although hard to outdo, the prices weren’t the only great aspects of the sale. Equally as awesome was the staff, who were both friendly and helpful. I gotta give a special shoutout to Amoy, who made my shopping experience go as smooth as possible by answering all my questions and was eager to help.