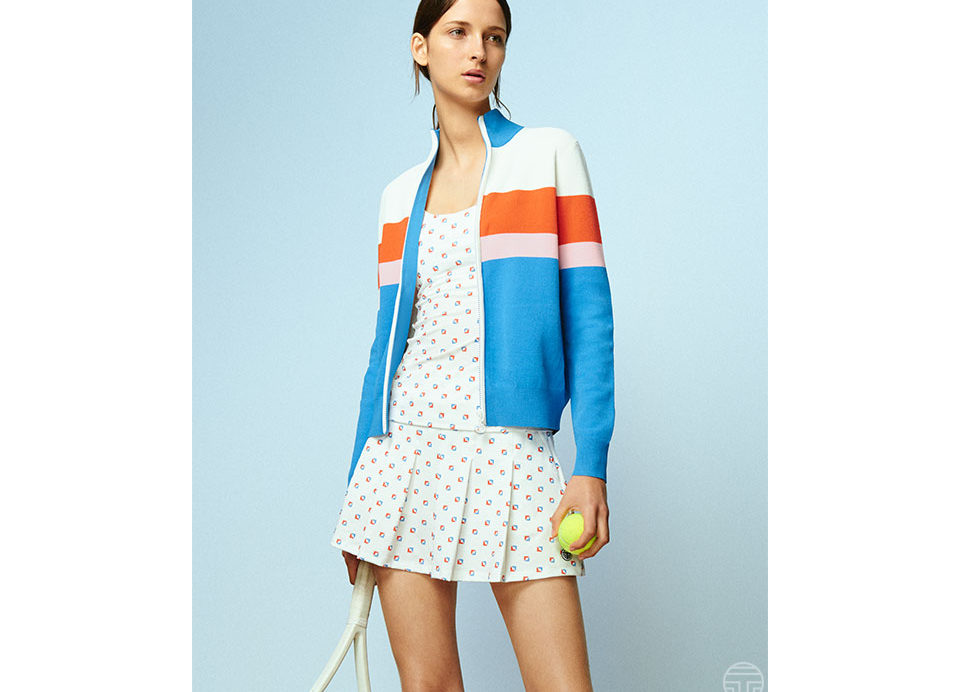 As more and more millennials are trading in their high heels for a pair of casual, sporty sneakers, it seems like the athleisure trend is here to stay. Athleisure wear is like a good spray tan; who could tell if it’s from a can or an exotic vacation? So too, no one knows if you’re actually athletic and eat kale salads for lunch everyday, or if you just love the look. But hey, what’s the difference anyway? Tory Burch’s line is known for being slightly preppy, classy yet boho, and can be identified by her classic “T” medallion logo. Who knew it could be this versatile?

The once obsolete Juicy track suits can now be found front and center in Urban Outfitters windows, and the once “boyish” baseball cap is now filling up the shelves of many stores in materials including leather, velvet and corduroy. Tory Burch was not going to be left in the dark.

Tory Sport is Tory Burch’s alter ego: With her second line, she redefines herself with a chic-comfort look that is designed around different sports, including tennis, swimming, golf, running, as well as yoga. Whether you’re a true athlete and want to dress up your look, or want a good motivator to start, Tory Burch remains your go-to brand. Come check out the first ever Tory Sport sample sale!