The Tracy Reese sample sale is hosted in the brand showroom in the fashion district. The highest priced items are $80, and they include the embellished coats. All dresses and rompers are $60, bottoms – $50 and tops $40. Most of the items are on the smaller side but there are a few sweaters that would fit larger sizes.

Here are some notes & photos from @GarmentDistrictDiva from the sale:

Beaded evening frocks for $60, are a steal.   As are $40 3D floral beaded tops.  Consider what you might need to layer under or over these pieces for winter soirees. There are a lot of vintage included $80 coats, so if you missed out on a previous season or are looking for a one of a kind look for the holiday season, this sale is your stop.  Also anticipate pieces that may not have made into the production and frocks for all seasons.

There are  some current pieces – spotted the pleated bell sleeve boxy blouse($288)  and the cascade pleat blouse ($248) selling for full retail at department stores.  They are only $40 at the sample sale, on-trend update.  Most garments were size 4, but some felt smaller, like a size 0 or 2.  Some of the tops run roomy. Try everything on.  Squirrel away some of the summer dresses for hot summer days or a resort vacay.

You may walk away with one special  spot-on piece perfect for a wedding  or an armload of dresses.  Be prepared for compliments.
If you still want to hit it up, you have till the end of the week. Photos below. Enjoy.
What: Tracy Reese sample sale
Where: 260 W 39th St, 19th Fl, NY, NY
When: Tue, Nov 7 – Wed, Nov 8 10AM-7PM 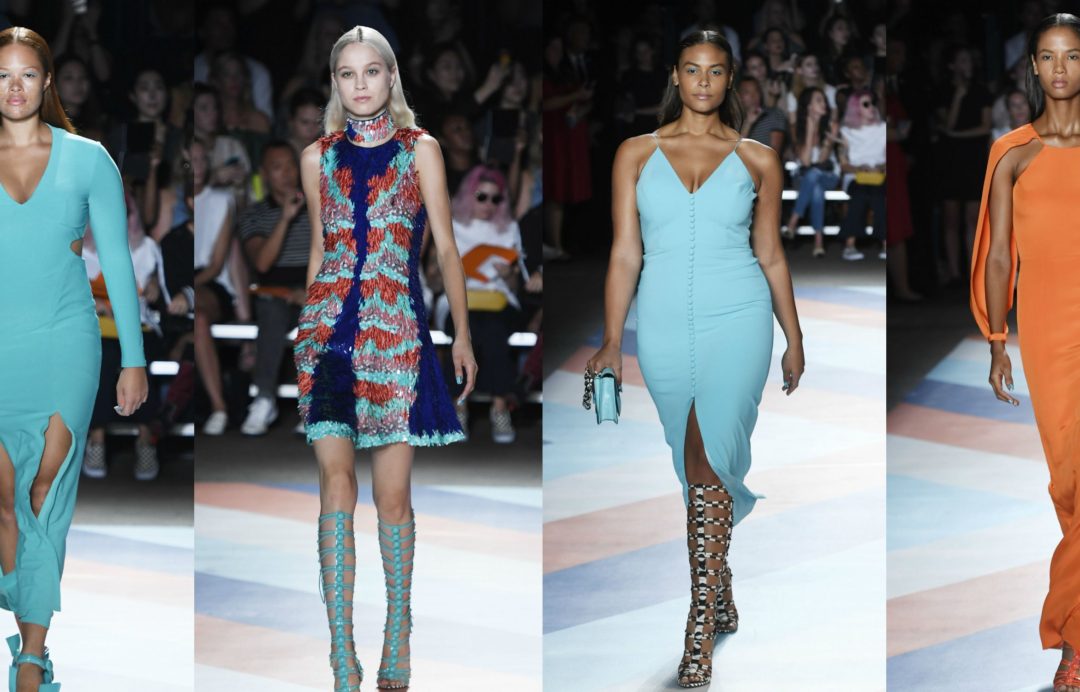