Please note: due to the snowstorm, the SJP sample sale has been postponed until March 29th.

I may have been too young to even watch- shhh don’t tell my mother, but growing up all I ever wanted to be was Carrie Bradshaw. And who didn’t? Her effortlessly chic, girly, elegant but eccentric style completely changed the game of fashion. From her famous tutu to her newsworthy Dior Newsprint dress, through her role as Carrie Bradshaw, Sarah Jessica Parker defined the true meaning of fashion- originality!

As a fashion icon, Sarah Jessica Parker is full of endless surprises. The latest: a shoe line. But not just any shoe line. Launched in February of 2014, by Sarah Jessica Parker and George Malkemus III, these new kicks were designed to redefine color as neutrals, inspiring women all over to add a little color, spark and skip to their steps.

Every shoe in SJP’s collection is handcrafted in Italy by the genius hands of a third generation Tuscan shoemaker for maximum luxury and quality.

Reimagined after some of the most classic Christian Louboutin silhouettes, SJP exemplifies the beloved style with an exciting burst of color and unexpected adornments. As another source of inspiration, Sarah Jessica Parker looks to the late seventies for it “was a great time for women’s  shoes.”

Sarah Jessica Parker manages to pull inspiration from the finest sources while still staying true to herself and her style. To make these shoes truly her own each shoe features a strip of grosgrain, a type of fabric that is characterized by its ribbed appearance. In some shoes, it is used in hiding a seam up the back and in others, placed in an unexpected spot. Originally used in one color only- the palest and prettiest shade of salmon pink, and now in a few other shades, this really sets the SJP collection apart from the rest.

In Sarah Jessica Parkers own words this “collection is comprised of classic, timeless silhouettes meant to fit into a woman’s life for many years to come”.

Can’t wait to see what SJP has come up with this time! See you all there! 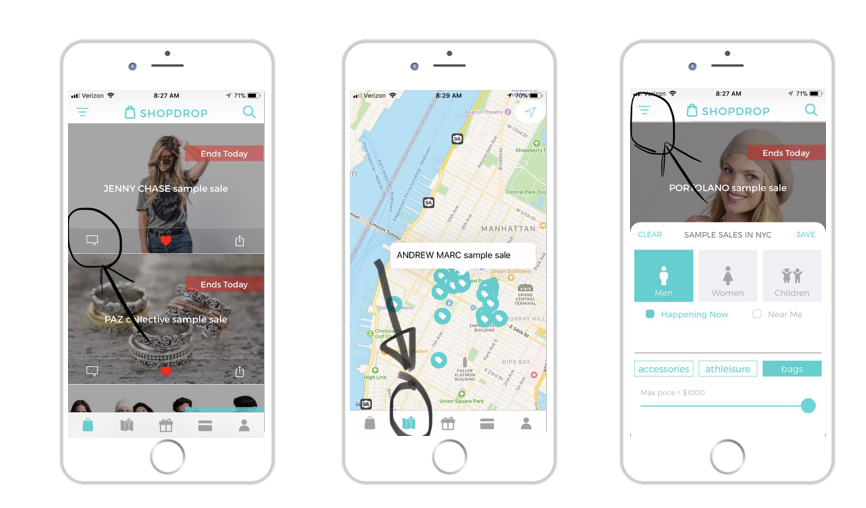 Tutorial: What’s New in the New Version of ShopDrop App