It’s that time of year again when Zadig & Voltaire takes over two storefronts in SoHo to discount the brands’ (very recent merchandise) for up to 70% off. For those who frequent the regular sample sale, this isn’t it. The price cuts aren’t as steep, but the merchandise is much more current and the shopping experience more pleasant. All pricing is on a sticker basis (certain colors = certain percentages off) and range from 30% off to 70% off. We’ll discuss both in details below and keep on scrolling for address & photos.

Zadig & Voltaire for women: nice large space that is very well organized. The staff was super helpful and sweet. Tons of knits, jackets, and shoes. Most of the merchandise fell between the orange sticker, which was 40% off. Keep in mind though, that it was really 40% off the outlet price (lower than the actual retail price) so overall it was a pretty decent deal with a price cut of 60% off at the end of the day. Of merchandise that was 70% off, there was some, not a whole lot. At the end of the day, the pricing at the warehouse sale was higher than the 260 bi-annual sample sale, but the items were current, and the shopping experience top-notch.

Zadig & Voltaire for men: the space was smaller than the women’s, but still a decent amount of merchandise. Most of it was 60% off the lowest ticketed price. If you purchased three or more items, you got them all for 70% off. The sales staff was so sweet and helpful. Lots of jackets, a good amount of them were leather. A few shoes but not a huge selection. If you’re looking to revamp the closet of your beau, definitely check this one out.

No Need for Reforms at the Reformation Sample Sale 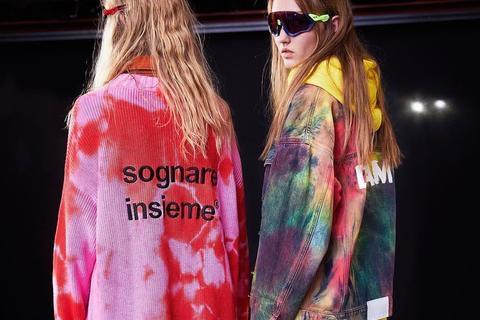 The Dreems sample sale is a dream!